he strangler fig is a tropical plant that fights mercilessly for life. Its roots wrap around the trunk of the host plant and move down to the ground. Over time, the strangler fig's branches rise higher and higher above the forest and take in all the light. Therefore, the other tree, wrapped in the fig sprouts, dies. This cautionary tale is the best illustration of what awaits your web app without migration from AngularJS to Angular.

If you are reading these lines now, you are possibly interested in updating your web project. Although you in all likelihood haven't made a final decision yet. It's okay, and you are not alone in your worries. Daring to make the transition is not always easy, even if it's the step that helps keep your business thriving. Contrary to expectations, news of the death of Angular.js has not become a tumbler that inclines firms to make the final switch.

The AVA.codes crew can list half a hundred grounds stopping people to migrate from AngularJS to Angular. However, we can name a few of the most prominent ones for business owners and development teams.

When AngularJS first appeared, the technology caused a furor. Before Google's framework, it was hard for coders to quickly make nice-looking, functional projects. Angular.js with its architecture made it a snap for programmers to add new features, and the information on pages updated dynamically. There was no need to refresh a page every few seconds or go to new sections.

Although experts adore the structure of the tool, not everyone and not always correctly adhered to it. Many products were built with a chaotic architecture. As a result, nowadays, people have a problematic relationship with migration from AngularJS to Angular. Part of projects have pretty large codebases, whether a site or a web service.

If the crew were not so careful about controlling the source code, it would have to fix old bugs and problems in the course of the upgrade. It is easier for some firms to turn a blind eye to a flaw than to start solving it.

How to cope with: Find an adviser who can guide you on the best way to migrate to a new platform. Preferably, it should be an expert who can perform a source code review or suggest the optimal migration options based on the given information. 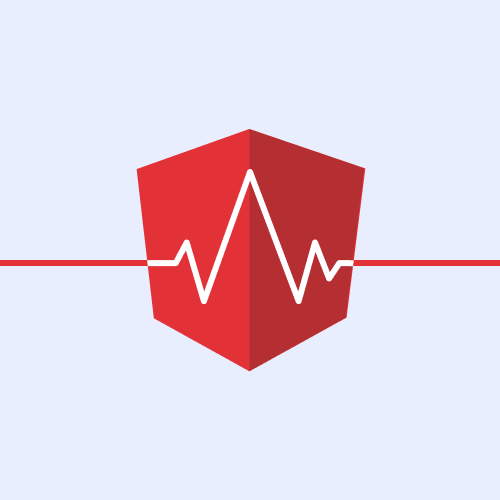 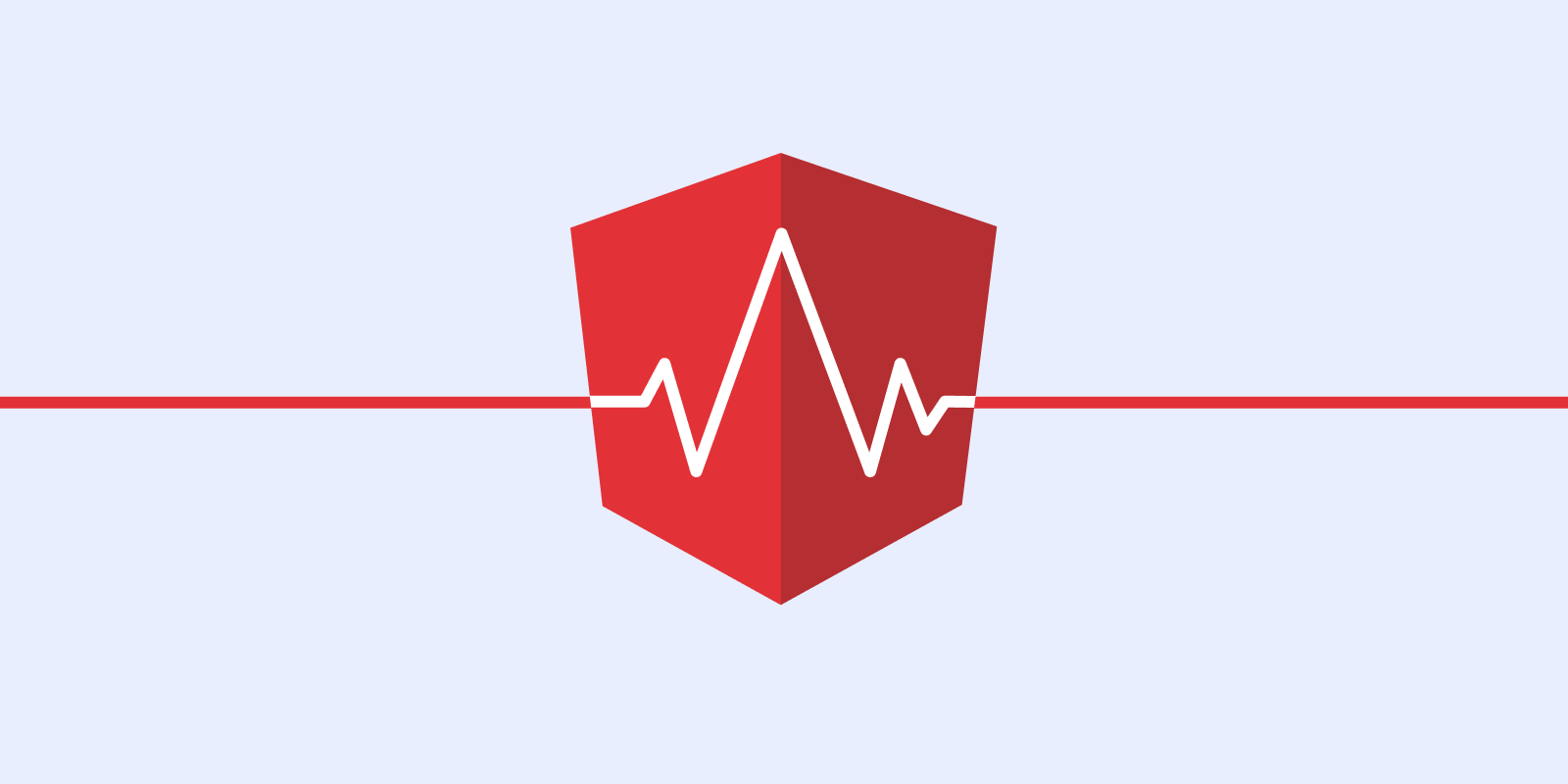 AngularJS is now over 12 years old. While some firms still don't think about switching to Angular 2+, many have already migrated to this technology. Demand breeds supply. Most JavaScript-based coders decided to learn the TypeScript (TS) tool and fit the new market realities. Thus, the number of Angular programmers is melting like snow in spring.

We get the following picture: those companies, which were quick to orient, managed to find companies with high qualifications and started the migration from AngularJS to Angular. The rest have to either wait for these specialists to become available or form a team on their own. Therefore, business owners have a lot to worry about. And you can't say it's an unfounded fear. Having experience is crucial for a successful migration from one technology to another.

How to cope with: You don't have to hire specialists in your own country. There is a lack of specialists all over the world right now. That's why today, companies are more likely to cooperate with experts from other countries and continents.

Fear #3. The unknown and possible crutches in the development process

The previous point directly affects this worry of firms. Since firms can't know what's next, they're in no hurry to make responsible decisions. Until they find experts with solid backgrounds, they don't even want to start the migration from AngularJS to Angular. If in-house coders haven't dealt with similar tasks before, they don't know what pitfalls lie ahead. And this slows down the business in making specific decisions.

Three scenarios are possible in such a state of affairs:

One should note worries about the unknown are a pressing issue dragging many projects down. Companies shouldn't be so much frightened by the inevitable because, in our opinion, migration from AngularJS to Angular is a necessary procedure. We have prepared several articles for the AVA.blog to dive into the topic better. Before acting, you can learn how to prepare for the migration and find a rough plan for the switch.

How to cope with: If you work on two such large tasks at once, you'll fail. You may have unsolvable difficulties that will jeopardize the web project. Was our advice on the blog impractical? Then you can consult with our Managing Partner and request an estimate for the project. Then migration from AngularJS to Angular will not appear as a monster but will be a normal development and improvement of the web app. 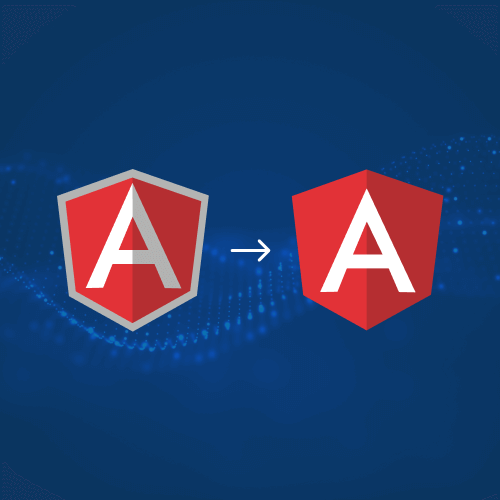 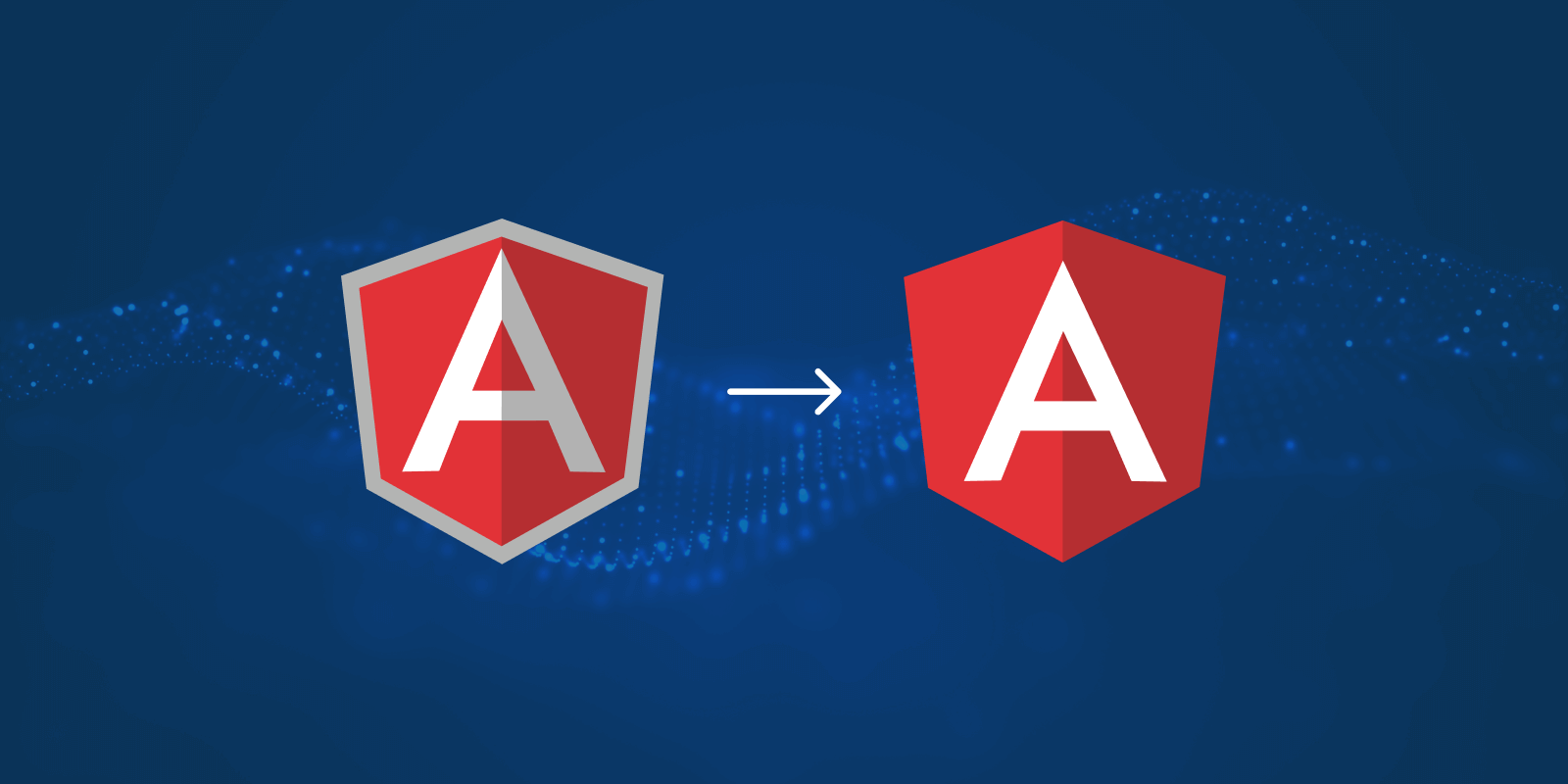 Since not everyone knows where to start and structure the switching process, time management problems begin. Companies have no idea how to set deadlines for team members or track goals. Poorly thought-out management is also a turn-off for firms.

The most popular project management methodologies:

The listed practices partially help set up the workflow, eliminating difficulties with poor time management or improper prioritization. The main thing is to plan for migration from AngularJS to Angular well in advance and assign people responsible for each task.

How to cope with: Besides using world-renowned methodologies, you can ask for help from those who have already debugged the process perfectly. It can be either a third-party partner or freelance specialists with excellent time-management skills.

The use of one tool or another is a kind of link for the development crew. The brand mission, values, and essence are formed around the philosophy of a particular technology. All of the above is also highly crucial for specific teams.

For some coders, switching to a new solution is like restructuring manufacturing. Everyone understands that without new machinery, the factory won't work, but at the same time comes the realization that «nothing will ever be the same». It's more of a worry related to AngularJS philosophy and the transition to the new Angular culture.

How to cope with: You should be aware that migration from AngularJS to Angular is not a wrong call or a misstep. Even though Angular.js is based on JavaScript (JS) and Angular is based on TS, the two instruments are quite alike. It becomes clear when you look at the technologies in more detail, so the new framework version is an evolution in the idea of AngularJS. 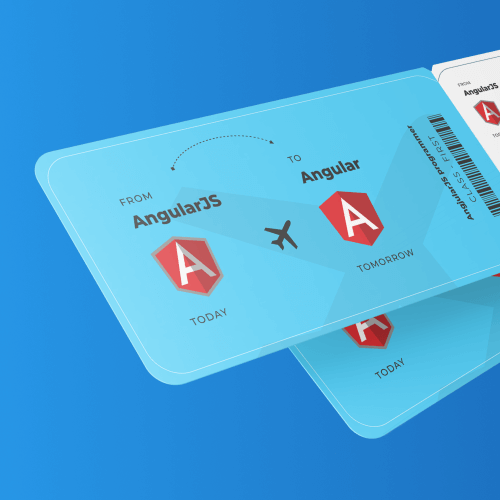 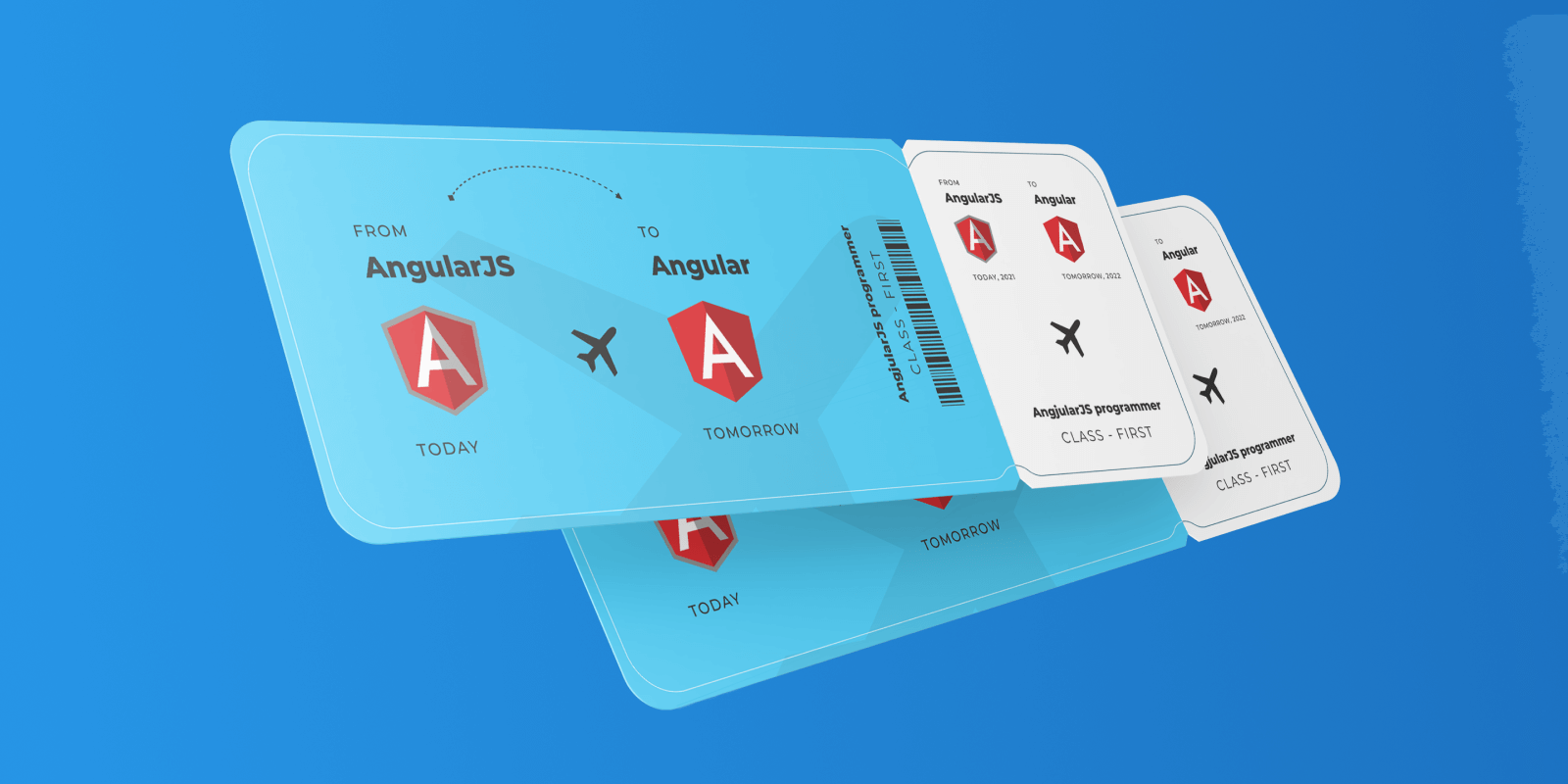 Read more:
How to prepare for the migration AngularJS to Angular properly?

Why do firms pick migration? 5 reasons

Initially, the Angular development team did not form the AngularJS kill. The shift of focus from one tool to another was relatively smooth. However, since 2018, the speed of the Angular 2+ promotion has greatly increased. In 6+ years, 11 versions of the framework have been released.

That's indirectly an indication not only that Google programmers have stepped up the development process. It is partly true. Still, such a rapid development of the TS-based framework is due to the growing popularity of the technology among coders. Further, the positive effect spread to the companies, which also began to choose Angular 2+ more often.

Some statistics: According to Talent.com, the average yearly salary in the U.S. is $110,000 for AngularJS professionals and $115,000 for Angular devs. Our company does not claim but suggests relatively high wages for AngularJS coders persist because of the demand to migrate projects.

Thus, with the proper approach, deciding to start a migration from AngularJS to Angular is not hard. The first version of the technology by Google is undoubtedly a great solution and has been loved by many during its existence. But things changed, which led to the abolishment of Angular.js and the need to switch to a state-of-the-art platform.

Aiming to provide your clients with the best web app UX, contact our qualified crew for some assistance. On the page related to the migration from AngularJS to Angular, you'll be able to learn more about the service, read testimonials from other customers and book a call with Viktoria Buchenko, our Managing Partner.

END_OF_DOCUMENT_TOKEN_TO_BE_REPLACED 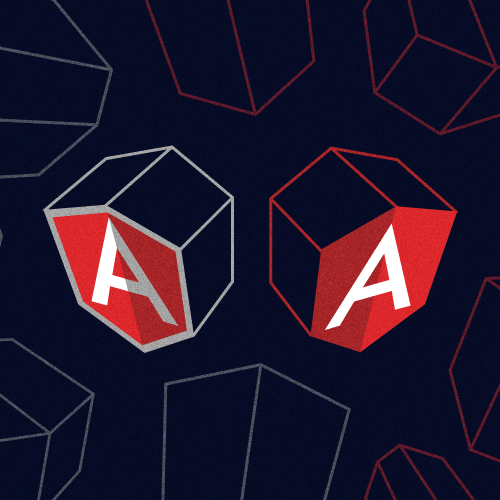 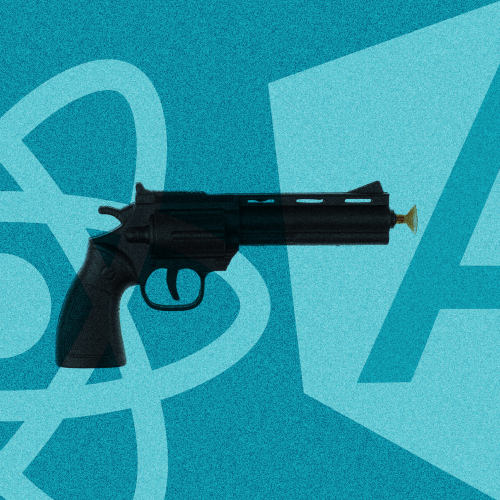 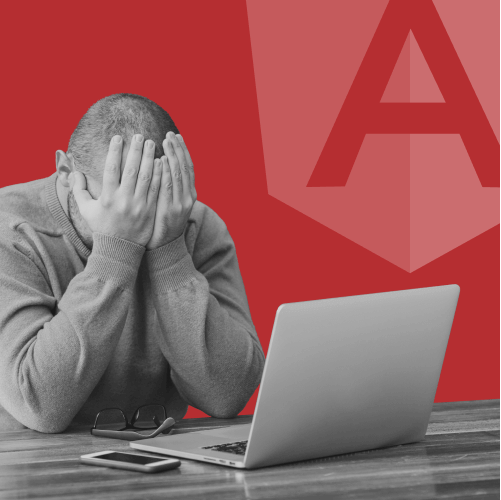 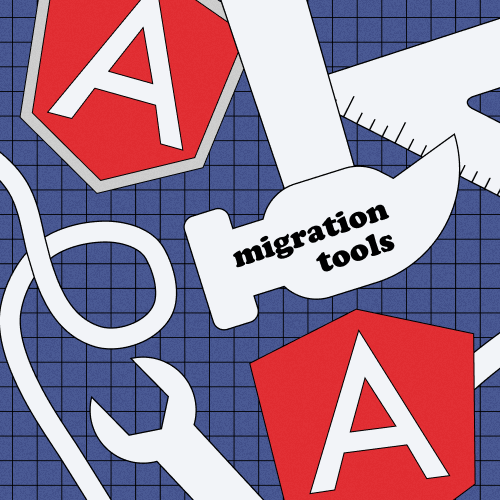